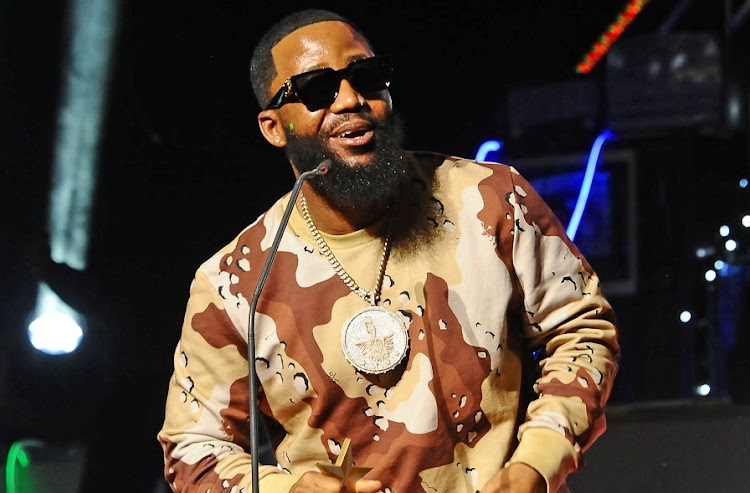 Cassper Nyovest dropped some serious coins for his #FillUpBafokengStadium show, with his team claiming that a stage for the concert series costs more than R8-million.

Fans from across the country headed to Rustenburg last weekend for Cassper’s #FillUpRoyalBafokengStadium concert, where they were treated to a world-class production on a giant stage.

Like all of the stages before it, it was imposing … and expensive.

When a fan came calling for a similar set-up at the upcoming We Back Home Festival, Cassper’s manager T-Lee Moiloa dropped some financial files.

T-Lee claimed that the #FillUp stage is R8.3m, excluding extras, and takes a rotating crew of 50 people seven days to build.

“Brother, that stage is R8,300,000 with additional random costs. Crew of 50 per shift to build, 2 x shifts per day, you cater and provide accommodation for all. Seven days straight. Basically minimum cover charge has to be R600 for 15,000 capacity venue just for stage,” he explained.

Despite scoring several sponsorships for the concert, #FillUpBafokengStadium still cost millions to produce.

Speaking about the bill he had to foot after a previous concert, Cassper said he was thrown into R7m debt last year.

“We went through a ditch after (#FillUpMoses) Mabhida. Had to pay 7-million rand in debt, then the tax thing happened as well. I’m only starting to recover now. Should be back in progress in a couple of months and then we rock,” he told fans in June.

He later told his fans that he didn’t want to be burnt again and was more cautious in planning shows for his signature series.

“Don’t wanna make last year’s mistakes and have people drop us last minute in a pile of debt,” he explained.