Zozibini is single and happily in love with her crown.
Image: Instagram/Zozibini Tunzi

If you were thinking of shooting your shot with Miss Universe, think again. 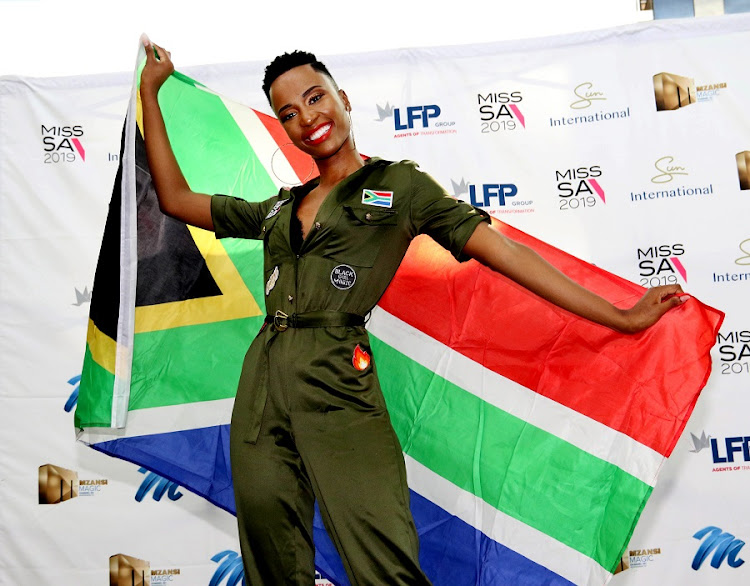 Since being crowned earlier this month, Zozibini has been a crush for many. Unfortunately, she’s too busy for a relationship right now.

In a recent interview on Build Series, Zozibini spilt the tea on her love life or, rather, lack thereof, and revealed that nothing was going down her DMs.

“I’m just in love with the universe right now and the crown … and that’s what it is,” Zozibini said.

She also joking refused to be set up with a date, saying: “No that’s OK. I’m OK.”

Speaking about sexuality and attraction, Zozibini said sexuality had nothing to do with how one interacted with someone.

“I like to say, ‘you are not attracted to every male guy you see just because you are straight’,” she said, adding that she didn’t fancy every guy she saw.

nd spoke about her journey since winning Miss SA in August and Miss Universe.

She said she had received a lot of backlash from people when they found out she was competing for Miss Universe.

“International people started commenting and I think my most interesting one was when I came to New York, I think four months ago. I came back to SA. It was late in the evening and I took a photo of my apartment and I was like, ‘ah, it’s such a beautiful night’ and a comment came in, saying, ‘this photo is so black, it’s as black as you are, Miss ugly SA’.

“I think it was at that moment where I was like, I’m not even mad because it’s just how society has labelled people to be. It’s like how we have been programmed to see beauty that way, you know.”