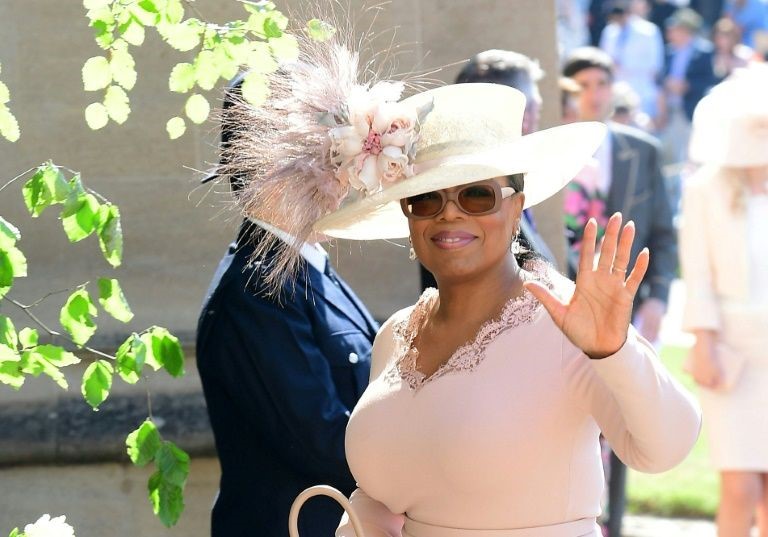 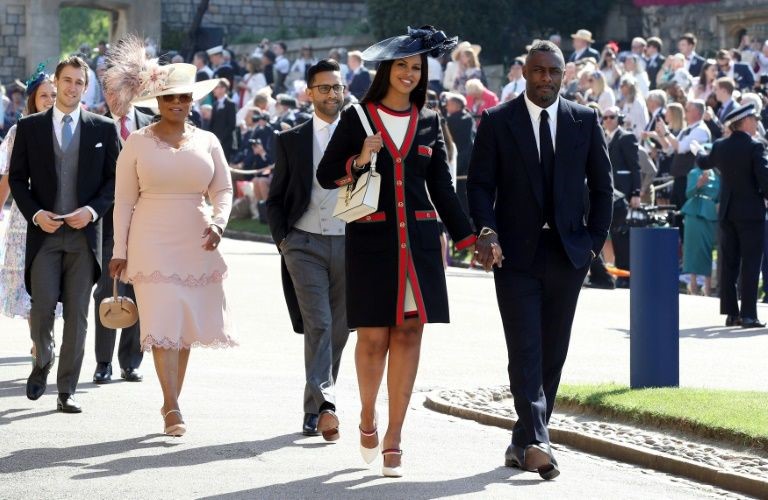 Oprah Winfrey, George Clooney, David Beckham and Elton John led the celebrities in the pews at St. George’s Chapel for the star-studded wedding of Prince Harry and Meghan Markle on Saturday.

Hollywood stars, musicians and sporting icons from Britain and the United States took their places among the 600 guests the historic chapel in Windsor Castle, along with Harry’s ex-girlfriends.

Winfrey, the US talk show queen, was seen strolling through the castle grounds ahead of the service.

England football icon David Beckham and his fashion designer wife Victoria, the former Spice Girls singer, waved to the thousands of fans who had been invited into the castle grounds to see the stars go in.

Beckham, sporting short hair and shades, posed for a selfie with a fan on the way inside.

Pop star Elton John, a close friend of Harry’s late mother Diana, who memorably performed an emotional version of “Candle in the Wind” at her funeral in 1997, was seen chatting to guests.

He reportedly cancelled shows in Las Vegas to attend.

Markle made her name in the US legal drama “Suits” and several of her co-stars were in the church, as was US tennis great Serena Williams.

Idris Elba, the British actor who is a star on both sides of the Atlantic for his television roles in “The Wire” and “Luther”, was seen chatting with fellow guests inside the Gothic chapel.

He read the poem “Invictus” at the opening ceremony of the inaugural 2014 Invictus Games in London, the Olympic-style multi-sport event for wounded veterans founded by Harry.

Singer James Blunt, famous for his hit “You’re Beautiful” and like Harry an army veteran, took his place in the pews. He performed at the 2016 Orlando Invictus Games.

British actor Tom Hardy, who starred in “The Revenant” and Batman film “The Dark Knight Rises” was there, along with Hollywood actress Carey Mulligan with her musician husband Marcus Mumford.

Britain’s James Corden, a top talkshow presenter in the United States, was in attendance, as was soul singer Joss Stone.

Harry’s close friend Prince Seeiso of Lesotho, with whom he established a charity helping the country’s AIDS orphans, was in the front rows.

“That inner child in him is visible.”

Before meeting Markle, Harry struggled to find lasting love, with his former girlfriends apparently finding the scrutiny and weight of expectation too much.

The three siblings of Harry’s mother Diana, princess of Wales, have been invited.

Earl Charles Spencer, who spoke memorably at Diana’s funeral on behalf of his family, was seen entering the church.

His sister Jane Fellowes was to read from the Song of Solomon during the service.

The Middletons, the family of Prince William’s wife Kate, took their places in the church, led by father Michael and mother Carole.

Kate’s sister Pippa Middleton stole the show as the maid of honour at William and Kate’s wedding in 2011 with a figure-hugging dress that made global headlines.

Her brother James Middleton read from the Bible at the 2011 wedding in London’s Westminster Abbey, a duty this time that falls to Fellowes.

Sarah, Duchess of York, the ex-wife of Prince Andrew and the mother of Harry’s cousins Princesses Beatrice and Eugenie, was not on the guest list for William and Kate’s wedding.

But, smiling and waving, she was seen entering the church alone on Saturday.

Following the service, Queen Elizabeth II will host a lunch in the castle’s St. George’s Hall for the 600 guests.

Politicians have been left off the guest list, meaning there was no invite for US President Donald Trump or British Prime Minister Theresa May.

One exception was former prime minister John Major, who was the legal guardian for Princes William and Harry after their mother’s death.