In the pitch dark – moments after the deafening sound of cracking pine trusses and shattering roof tiles roused her – grandmother Pinky Chili clawed desperately at the rubble trying to save her family‚ who was trapped underneath.

Her desperate search came too late. Her daughter‚ Mpume‚ 27‚ and her two-year-old granddaughter‚ Sbahle‚ were dead under the debris.

The mother and child were killed when the roof of the Chili family home gave way in the early hours of Friday morning.

The home that Pinky Chili was building was a project to realise the dreams of her late husband and was meant to be a place of refuge for her family.

Chili‚ a domestic worker‚ had been slowly adding on to her modest home‚ a project which had been delayed by years.

“I wanted to fix the house for my kids but the builders I have been getting are playing with me and taking my money and not doing a good job.

“Last night the kids went to sleep in the dining room. The builder had told us not to sleep in the other side [of the house] because the house might collapse. Our previous builder left the roof incomplete‚” she said.

Reliving the moment when the collapse had spurred her from her bed‚ Chili said that she’d rushed to the living room‚ which looked like a maze of timber and rubble.

“I tried to pull them out from the rubble and I managed to find three of them who were still alive‚ but injured‚” she said.

“The two had already passed away when I found them‚” she cried. 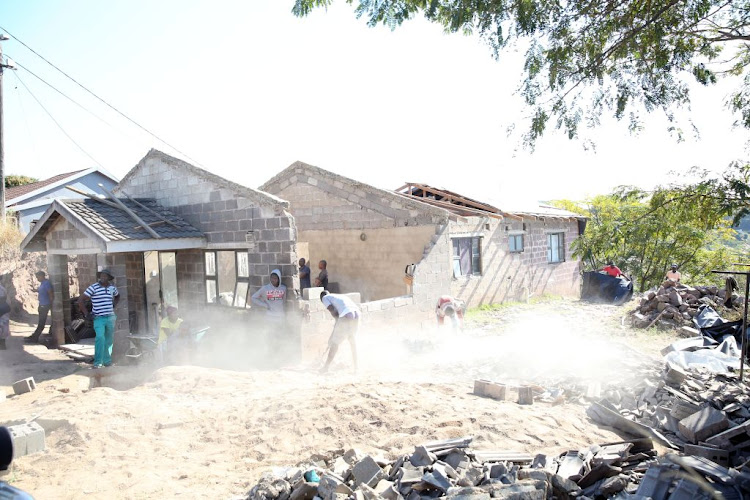 The roof collapsed on this house in St Wendolins, Durban, on June 15, 2018 killing Mpume Chili and her two-year-old daughter Sbahle. 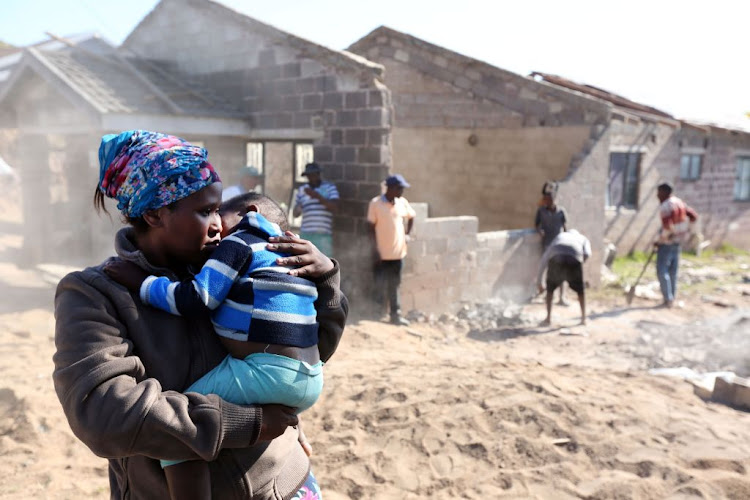 Dudu Chili holds her nephew Mfanafuthi, 4, who was injured along with his brother “Boy” when the roof collapsed on their home on June 15, 2018. His mother, Mpume Chili and sister Sbahle, 2, were both killed.

Now‚ surrounded by her grieving family and as her neighbours sorted through the rubble‚ Chili will forever blame herself for the death of her daughter and grandchild.

“Their [her children’s] father passed away in 2006 and I focused all my energy on them. Everything I did‚ I did for them‚ and I ended up killing them‚” she sobbed.