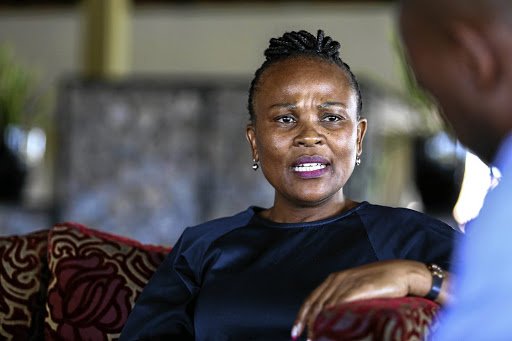 Finance Minister Nhlanhla Nene has read the riot act to the public protector, instructing her to withdraw a policy on the appointment of advisers because she did not follow proper procedure in adopting it.

His move comes after Busisiwe Mkhwebane unilaterally drafted and implemented a policy on the appointment of a special adviser in February that deviates from normal recruitment processes and is silent on the qualifications required.

It has now emerged that Mkhwebane implemented the policy without consulting Nene, as required by the Public Protector Act, approaching him only in March, a month after she put the disputed policy in place.

In his letter sent to Mkhwebane two Mondays ago, Nene asked Mkhwebane to drop her policy, to allow for proper consultation with the National Treasury as required by the act.

The National Treasury has carefully considered the content of both the letter and policy on the appointment of special advisers to the executive authority,” Nene wrote.

“It is noted that the policy was approved on 14 February 2018 and came into effect on that date. However, in terms of the process set out in section 3(10) of Public Protector Act, the public protector is required to consult the minister of finance when exercising powers in terms of section 3(1) and 3(9).

“In this case, however, the policy has been approved before consultation with the minister of finance.

“Based on the above facts, I propose the withdrawal of the policy to allow for due consultation with the minister of finance as required by section 3(10) of the act. Once consultation with the minister of finance has been concluded, then the public protector can table the document at the National Assembly within 14 days after making the determination.”

Mkhwebane appointed Sibusiso Nyembe on a three-month contract in April based on the now contested policy, at the level of a chief director, a post that comes with a gross monthly salary of about R100,000. Mkhwebane’s office sai

Explaining the policy to MPs this week, Mkhwebane told the portfolio committee on justice that she went ahead with Nyembe’s appointment as Nene delayed responding to her consultation and National Assembly Speaker Baleka Mbete did not respond at all.

Mkhwebane also argued that the Public Protector Act was “very clear” and indicated beyond doubt that the functions of the protector could not be halted while waiting for consultation processes to unfold. “That was done in terms of that understanding.”

Mkhwebane said the consultations with Nene and the National Assembly were about determining the adviser’s salary level, not about the policy itself.

When consultations took place with former finance minister Malusi Gigaba on the organogram of her office, he only showed interest in the financial implications, she said.

“Accordingly, it is my considered view that the policy and anything done under it … [including] the comment which is expected from the National Assembly should be more on the compensation as to why I decided on salary level 14.”

Mkhwebane said Nyembe, who is a conveyancer by profession and has a qualification in banking law, had expertise in various fields. His expertise strengthened her office’s legal services and answered the need to deal with responses to the process of appeal and litigation before court.