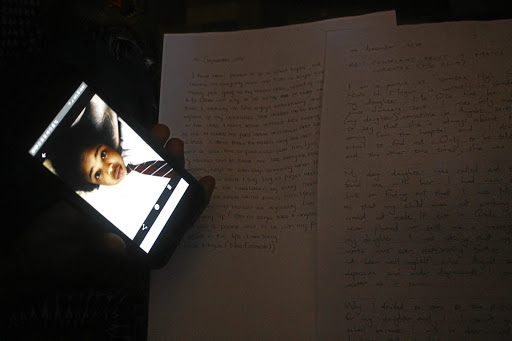 A Soweto teenager who took her own life after she was allegedly bullied by her teacher wrote a heartbreaking letter months before her suicide.

Nicole Mnguni, 18, was found dead by her mother at their home on Tuesday after the grade 11 pupil suffered through months of humiliation allegedly at the hands of one of the teachers at Vorentoe high school.

The cause of her death is yet to be confirmed by a postmortem report.

In the handwritten letter dated September 16 , Nicole describes how unbearable her life had become.

“I mostly fear going to my maths class, afraid of what my maths teacher will say or do to me to make me hate myself more than I already do.

“She enjoys embarrassing and humiliating me in front of my classmates,” Nicole wrote.

The teenager also stated that she was afraid to ask questions in class and felt sad most of the time.

“I just need her to be my teacher and treat me like everyone else,” she wrote.

At the end of the letter, Nicole wrote about giving up on life and wanting to be with her late father.

“I can no longer take it anymore. All I want and need right now is peace and to be with my father because I am a waste of space in this life. I’m sorry,” she concluded.

“Words cannot express how I feel. That so-called teacher has killed my daughter and she has killed this family,” she said.