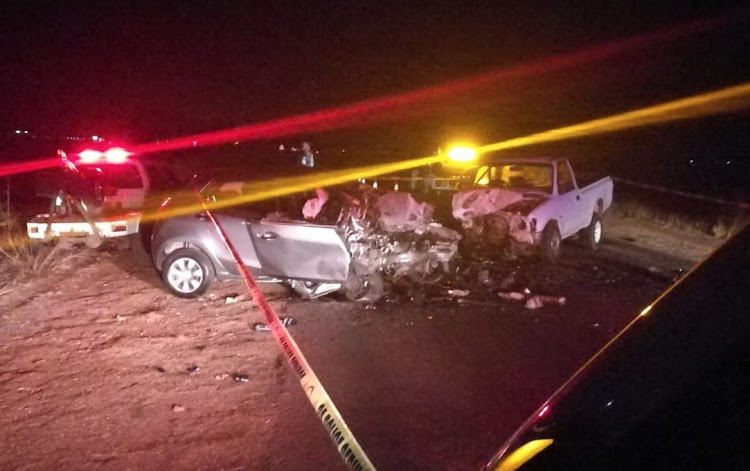 The drivers of two vehicles were killed in a head-on collision in Carletonville on June 10 2018.
Image: ER24

Two people were killed in a head-on collision between two vehicles on the R501 in Carletonville‚ west of Johannesburg‚ during the early hours of Sunday.

“At approximately 1.10am‚ ER24 paramedics arrived at the scene and found both drivers trapped in their vehicles. Upon further assessment‚ paramedics saw that there was nothing they could do to save the drivers and they were both declared dead on the scene‚” said ER24 spokesperson Annine Siddall.

Both men were believed to be in their thirties.

“The details surrounding this incident are not yet known but local authorities were on the scene for further investigations‚ Siddall added.