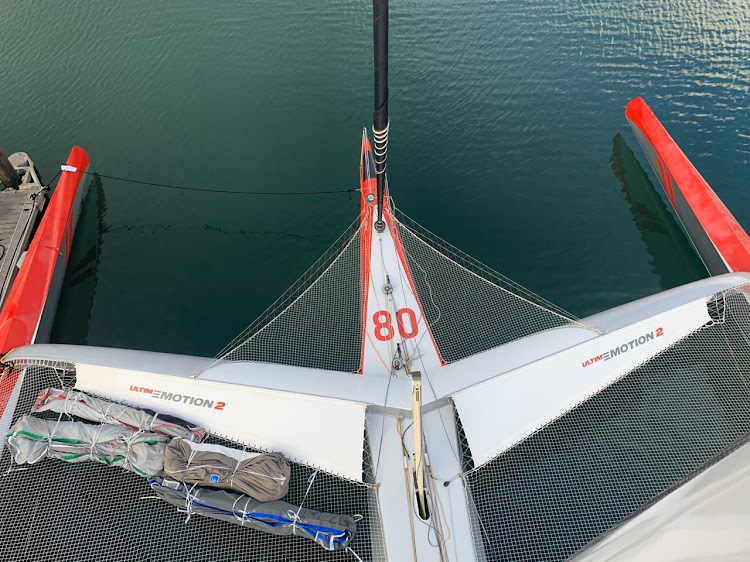 The team behind an SA racing vessel have set their sights on winning the Cape2Rio race — and help save the environment at the same time.

WWF South Africa and racing trimaran, Love Water, have joined forces to raise awareness about plastic pollution in the world’s oceans before the Cape2Rio yacht race in January 2020.

The 80-foot French trimaran, skippered by Craig Sutherland, arrived in Cape Town on December 12 after a 14 000km delivery voyage from Portimao, Portugal, via Brazil.

It will be docked at the V&A Waterfront until January 11 2020 while preparations are being made for the sailing event — the trans-Atlantic crossing from Cape Town to Rio de Janeiro.

The #LoveWater team has set itself two goals — to break the Cape2Rio record of 11 days set by rival vessel Maserati, and to promote environmental awareness about the impact of plastic pollution on marine life while doing so.

The eight crew member team will take part in the record-breaking eight-day race, and they plan to share eight stories about plastic pollution during their voyage.

“We were thrilled when Love Water approached us to suggest that we join forces to bring home a relevant environmental message during this popular yacht race. With an estimated eight million tons of plastic entering our oceans each year from land-based sources, we couldn’t think of a more important issue to tackle together,” said Pavitray Pillay, environmental behaviour change manager with WWF South Africa.

Rick Garratt, sponsor of Love Water and Founder of HomeChoice International Ltd, said: “We are excited to be participating in this record attempt and in so doing to highlight the pollution of our oceans and water. Our collaboration with WWF South Africa brings home the urgent need to do something to change the way people think about the ocean and the use of plastics. As a company, with the help of WWF, we are committed to reducing our use of plastics in 2020 by signing the SA Plastics Pact and we urge other companies to follow suit”.