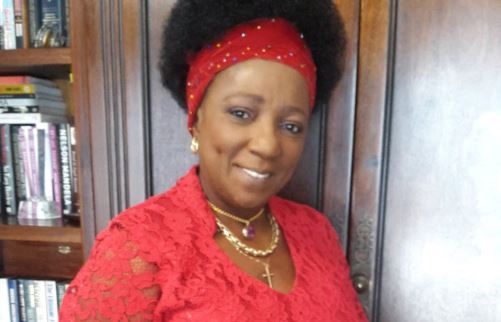 Marah Louw doesn’t believe in witchcraft or muti but was left shaken and traumatised after a woman claimed she was sent to take the star’s “luck” and “get rid” of her.

Marah told TshisaLIVE this week that a young woman started leaving bottles and containers with dark liquid outside of her gate at her parent’s house.

Marah, who is currently staying at her parent’s house while recovering from a hip replacement, said her daughter first found bottles outside her gate just over a week ago. When they poured the liquid in the bottles out, the next day another bottle appeared.

Marah claims they caught the culprit as she was smearing  black liquid on the gate. The person allegedly claimed her dead brother had appeared to her in a dream and told her to smear the gate.

“I am a Christian, a God-fearing and praying person. I don’t believe in that (muti) but I was traumatised. It was so bad, I didn’t know what would happen next. I didn’t even want to drive after that in case something would happen to me,” Marah said.

Marah was going to get a restraining order against the woman but instead reached out to the social development department to try get the woman some help.

“People have visited her and said she is not well. She is apparently traumatised and in grief after she lost her brother last year. I don’t believe it was witchcraft. I think it was grief. Maybe God sent her to me to help her. We will work with her.”

Meanwhile, Marah says she is recovering well from her hip replacement surgery and is in no rush to return to screens after leaving The Queen under a cloud several months ago.

“I am just taking it easy and also writing. I am writing all kinds of things, scripts and notes. There isn’t necessarily another book in the works but I am not getting any younger and I have to create opportunities for myself. My days of sitting at the phone and waiting for opportunities to find me are over.”