I want to send a message to the people that like talking about me at their organisations. I must not be the agenda of their meetings. After that they call the media to talk about me. When I was still the president, I had to withhold what I wanted to say

That’s why education links to every important thing.

The reason why we are all not educated, was deliberate.

I had to keep quiet because of my position. But now I’m an ordinary citizen and can say whatever I want to say. They should stop making themselves look good using my name.

They keep on saying I am corrupt but cannot say what I did. They should not provoke me. I might talk about what I know about them.

I need to repeat this cause I’m tired of behaving (being good).

What I was reporting is what the court said. I’d like to touch this lightly….a few days ago I gathered with young girls and boys from Cosas.

We were talking about free education. They wanted to know what had happened to that.

I want to emphasise to them that the Freedom Charter says education should be free and compulsory.

Us black people were oppressed and denied education so that we remain poor the way we are. 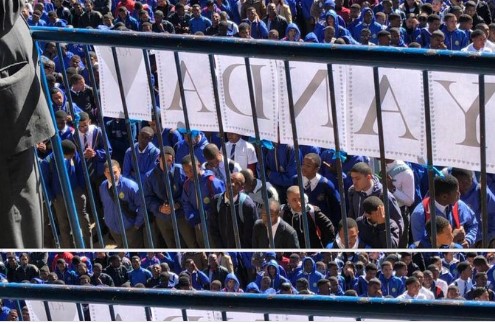 A man has allegedly shot and killed his own son outside Ennerdale School after mistaking him for a hijacker.

Police say that the 14-year-old boy’s death appears to be a tragic mistake. The man was surprised when his son returned to his car after attending a study group at the school and reacted by shooting him, eNCA has reported.

The man claims he thought his son was a hijacker. 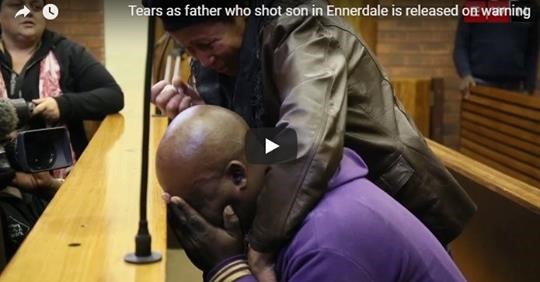 ibusiso Tshabalala, the father who allegedly accidentally shot and killed his teenage son outside a school in Johannesburg, appeared at the Lenasia Magistrate’s Court on June 7, 2018. Tshabalala was released on warning, without having to pay bail.

Emanuel Tshabalala couldn’t hold back the tears as the court heard the details of how he shot and killed his son outside a Johannesburg school on Tuesday.

“This is my first accident and a painful one‚” he tearfully told the court.

The court, taking into account the fact that he handed himself over and had cooperated fully with the police, released him on a warning.

Magistrate Maggie van der Merwe said: “I can only describe this incident as a tragedy.

The father who shot his 16-year-old son accidentally at Norman Fred Clark Secondary School in Ennerdale has been released on a warning.

Sibusiso Emmanuel Tshabalala (50) asked the magistrate Maggie van der Merwe to grant him bail in order for him to help with the funeral preparation for his son.

The distraught Tshabalala appeared at the Lenasia Magistrates Court.

During the court appearance, Tshabalala could be seen being comforted by his visibly distraught wife.

Speaking through his lawyer, he told the court that he was the only one employed at home and that he had three more children who depended on him for financial support.

He also told the court that the accused was not a flight risk and that he held a permanent post, which meant that he would not skip bail.

Tshabalala allegedly shot his son Luyanda Themba Tshabalala who was doing Grade 11 on the school grounds after mistaking him for a highjacker when he knocked on the window on Tuesday night.

According to his affidavit which was read in court, he went to school to collect his son after attending extra lessons when he fell asleep in his car.

The case will resume again on July 24.

A father who allegedly accidentally shot dead his son at a

Johannesburg school wept‚ holding his head in his hands‚ as he faced a charge of murder on Thursday.

Emanuel Tshabalala‚ 51‚ dressed in jeans and a purple hoodie‚ had tears streaming down his face when he applied for bail in the Lenasia Magistrate’s Court‚ saying he wanted to bury his son.

The state did not oppose bail and the court took into account the fact that he had handed himself over and had cooperated fully with the police.

Magistrate Maggie van der Merwe said: “I can only describe this incident as a tragedy.”

Tshabalala was sleeping in his car after dropping off his 16-year-old son‚ Luyanda Themba Tshabalala‚ for evening classes on Tuesday.

He was woken by knocking on the window and‚ thinking he was in danger‚ discharged his firearm.

He said in an affidavit presented to court that after firing the weapon‚ Luyanda said: “Daddy‚ it’s me”.

He got out of the vehicle‚ went to his son and then rushed his son to get medical help but there was nothing that could be done to save his life.

“This is my first accident and a painful one‚” he tearfully told the court. He said the incident would haunt him for the rest of his life.

He is employed as a security officer at the vehicle unit of the South African Police Services in Krugersdorp.

Gauteng education MEC Panyaza Lesufi was in court to listen to proceedings. “We cannot go into circumstances that led into the death. We respect the justice system. We will continue to support the family and the learners‚” said Lesufi.